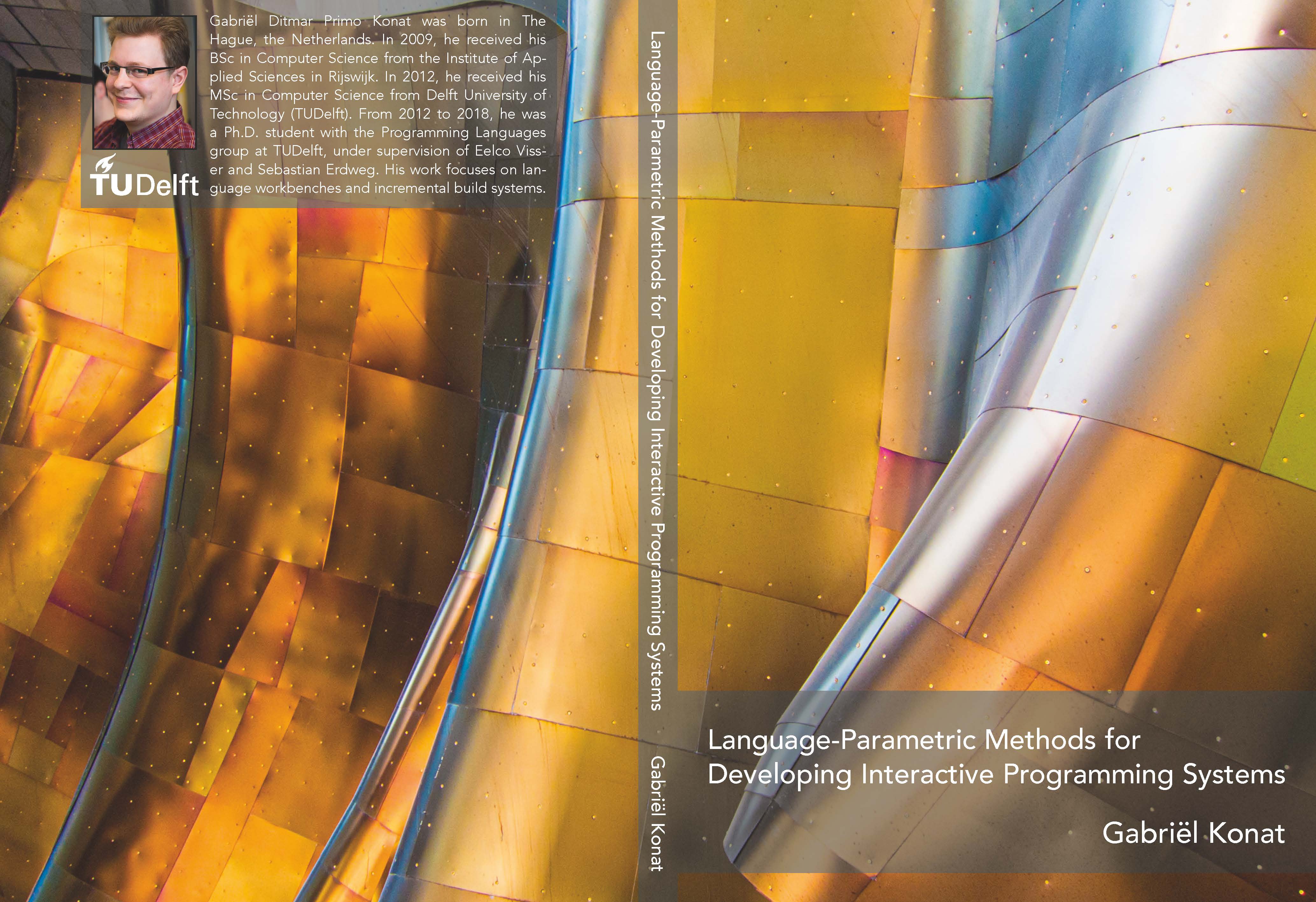 
All computers run software, such as operating systems, web browsers, and video games, which are used by billions of people around the world. Therefore, it is important to develop high-quality software, which is only possible through interactive programming systems that involve programmers in the exchange of correct and responsive feedback. Fortunately, for many general-purpose programming languages, integrated development environments provide interactive programming systems through code editors and editor services.

On the other hand, Domain-Specific Languages (DSLs) are programming languages that are specialized towards a specific problem domain, enabling better software through direct expression of problems and solutions in terms of the domain. However, because DSLs are specialized to a specific domain, and there are many problem domains, we need to develop many new DSLs, including their interactive programming systems!

Finally, we develop PIE, a language-parametric method for developing interactive software development pipelines, a superset of interactive programming environments. With PIE, pipeline developers can concisely write pipeline programs in terms of tasks and dependencies between tasks and files, which the PIE runtime then incrementally executes. PIE scales down to many lowimpact changes and up to large dependency graphs through a change-driven incremental build algorithm.

See also the Symposium on Build Systems on the same day.